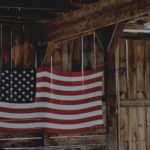 This blog was written collaboratively by ASAP members active in the Policy Practice Group.

A lot has happened on U.S. federal adaptation policy since ASAP published its Policy priorities in March: 20+ federal agencies published adaptation plans, the Securities and Exchange Commission gathered input on climate risk disclosure, and FEMA announced the first recipients of the Building Resilient Infrastructure and Communities (BRIC) program. As ASAP members follow — and participate in — these actions, we see two important needs emerging for effective national-scale policy: 1) the U.S. needs a substantial increase in federal funding for adaptation and 2) federal leadership on adaptation needs to be stronger and better coordinated. Addressing these needs will enable the federal government to more effectively carry out adaptation to address national interests from national security to interstate commerce to social justice, as well as carry out its responsibility to support adaptation in tribal, state, and local jurisdictions, in the private sector, and in the natural environment. A strong federal role is critical to ensure a successful, fair, and integrated approach across the country.

The case for increased federal funding

The bi-partisan infrastructure bill passed by the Senate in August commits $47 billion on resilience over eight years. ASAP welcomes this increased federal funding for resilience; it acknowledges that investments in adaptation are in the long-term financial interest of the federal government. ASAP calls on Congress to pass the bill  and the President sign it into law.

However, the level of funding in the bill – roughly $6B/year – is most likely not adequate to support action needed to prepare and adapt to projected future changes in climate; those actions will probably require trillions over the rest of the century. The U.S. Environmental Protection Agency’s (EPA) Climate Change Impacts and Risk Analysis (CIRA) project estimated average annual adaptation costs through 2100 associated with coastal protection, urban drainage, and roads, bridges and rail to be $13 to $46 billion. Thus, the funding in the bill would cover less than half of the lower end of this partial estimate of national adaptation costs; ASAP therefore calls for a substantial increase in federal funding for adaptation.

The Federal government is not the sole funder of adaptation action — private investment and public funding at other levels of government also play a role. However, the federal government will need to be a large contributor of financial resources to enable U.S. communities, ecosystems, and economies to adapt to climate impacts. In particular, communities that have faced systemic oppression and unequal investment now face higher climate risks and therefore require significant federal funding to implement needed adaptation actions and to make up for historic harms. ASAP supports the Justice 40 initiative’s  goal of having 40% of total federal investments be directed to disadvantaged communities as a minimum requirement and asserts that many communities will need additional financial (up to full funding) and technical support to address their climate risks.

How much funding is needed?

ASAP calls on the federal government to develop a comprehensive estimate of adaptation costs facing the nation through 2100. Such a study will enable Congress to make informed decisions about how much federal funding to allocate to existing and new programs that address climate adaptation. Currently, there is no credible comprehensive estimate of the total national costs of climate adaptation. The Fourth National Climate Assessment offered the very general conclusion: “Nationally, estimates of adaptation costs range from tens to hundreds of billions of dollars per year” The CIRA project provides a partial estimate, but that project did not assess all impacts, did not specifically describe costs to governments of response strategies, and did not estimate the federal share of these costs. Therefore, the federal government needs a comprehensive estimate of adaptation costs facing the nation through 2100 that accounts for uncertainties about the magnitude and character of climate change as well potential changes in socio-economic and environmental conditions. It should also consider how anticipatory, efficient, and equitable adaptation can affect costs.

Concurrent with increased federal funding, ASAP also calls for stronger federal leadership to address national interests and support the needs of state, local, and tribal governments, communities, ecosystems, and economies. Important actions for such leadership include:

Execution of these leadership actions is critical to advance a myriad of policy issues relevant to adaptation, particularly those called out in  ASAP’s 2021 Policy Priorities. The American Society of Adaptation Professionals applauds the Biden Administration’s leadership on mitigation of greenhouse gas (GHG) emissions and adaptation to the consequences of climate change. It is imperative that U.S. GHG emissions reach net zero by the middle of this century. It is equally imperative that the nation become more resilient to climate change to reduce risks, particularly reducing risks to the most vulnerable among us. While adaptation will happen at levels of government and outside of government, a strong federal role is critical to ensure a successful, fair, and integrated approach across the country.