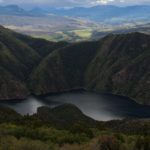 Mentee Juanita Constible works for the Climate and Clean Energy Program at the Natural Resources Defense Council (NRDC), focusing on climate change and health. Her experience prior to joining NRDC includes authoring a book about climate change for high school classrooms, overseeing the Science and Solutions Department at the Climate Reality Project, and serving as an adviser to the Climate Action Campaign.

She holds Bachelor’s and Master’s Degrees in biology from the University of Victoria in Canada, and a climate change and health certificate from the Yale School of Public Health.

Mentor Melissa Deas is a Climate Program Analyst with the Department of Energy & Environment’s (DOEE) Urban Sustainability Administration, overseeing the implementation of Washington, DC’s climate adaptation plan, Climate Ready DC. She works collaboratively with other government agencies, residents, businesses, and institutions to promote forward-looking policies. Before working for DOEE, Melissa managed the Georgetown Climate Center’s adaptation & equity projects. She has also worked on climate adaptation for the California Energy Commission and the Union of Concerned Scientists. She received a B.A. in Sociology from Harvard University and a Master’s in City Planning from MIT.

Juanita and Melissa have used the Mentorship Program as an opportunity to learn from each other, and have specifically explored their mutual experience working on urban heat risks. Coming from a policy perspective, Melissa has shared about how NOAA’s heat island mapping has aided her work to make DC a climate resilience leader, and the challenges of finding grants to support urban heat interventions and programs. Drawing from her public health experience, Juanita has provided Melissa with research papers to help justify active cross-agency collaboration in responding to heat. Their conversations have helped Juanita navigate next steps for NRDC’s broader federal adaptation advocacy, and Melissa has leveraged Juanita’s research papers to convene multiple workshops aimed at developing a comprehensive heat strategy.

They have also discussed how to succeed in entrepreneurial environments, including the value of taking risks and trying new ideas in adaptation when there are no clear answers or established pathways. While Melissa and Juanita have been lucky to work in environments where leadership has supported their efforts to push the limits, they recognize the importance of doing so strategically: knowing when to push ideas forward, building partnerships to support new ideas and increase capacity, and getting people more comfortable with uncertainty.

Juanita and Melissa are both familiar with much of North America, though in different ways. Juanita has lived in more than twenty-two different towns, villages, cities, and research stations in British Columbia, Alberta, Manitoba, California, North Dakota, Ohio, Tennessee, Louisiana, Virginia, and, very briefly, Antarctica. Meanwhile, Melissa has biked all 50 states… if you count every street named after a state in Washington, DC.

Thanks to both for sharing what they’ve learned!